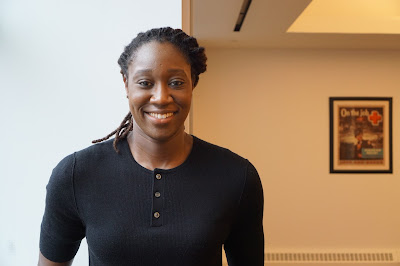 On October 5, 2016, civic leaders and philanthropists will gather at the American Museum of Natural History as the American Red Cross in Greater New York hosts its annual Heroes Among Us Gala to recognize the heroic efforts and humanitarian contributions of people and institutions who embody the spirit and mission of the Red Cross.

NY Liberty player, Olympic gold medalist and founder of Hopey’s Heart Foundation Tina Charles will receive the Vanguard Award. The Vanguard Award recognizes individuals who are making an impact in the community by spreading ideas and new developments. Tina Charles is committed to advancing sports safety and raising awareness of sudden cardiac arrest by providing free Automated External Defibrillators (AEDs) and CPR Certification to all non-profit organizations and institutions through Hopey's Heart Foundation. An award-winning athlete with the WNBA New York Liberty, Tina founded the Hopey’s Heart Foundation in memory of her late aunt, Maureen “Hopey” Vaz, who died of multiple organ failure in 2013. Through fundraising events, campaigns and Tina’s personal donation of half her WNBA salary the past two seasons and her entire salary this year, Hopey’s Heart Foundation has successfully placed over 200 AED’s worldwide.

In her words: "I think when you try to reach a goal, there’s no other feeling than the person you become along the way…It’s not about the duration of your life but the donation of it…Thank you American Red Cross for naming me for the Vanguard Award…I’m happy that I was able to receive this award on behalf of Hopey’s Heart Foundation and all the work we’ve been able to do to continue to keep communities heart safe." Tina Charles, Queens, N.Y.

Click here to read more about our Heroes Among Us Gala.
Posted by nyredcross at 12:51 PM