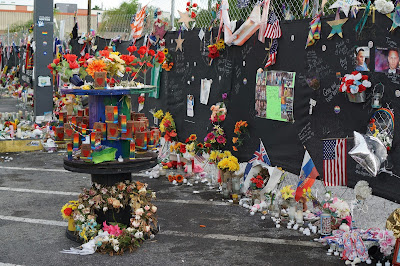 On October 5, 2016, civic leaders and philanthropists will gather at the American Museum of Natural History as the American Red Cross in Greater New York hosts its annual Heroes Among Us Gala to recognize the heroic efforts and humanitarian contributions of people and institutions who embody the spirit and mission of the Red Cross. Three heroes of the Orlando Nightclub tragedy will be among those honored at the event.

The early morning hours of Sunday, June 12, were disrupted by gunshots inside the Pulse Nightclub in Orlando, Florida. After a horrifying pre-dawn gun battle and subsequent rescue mission, 49 innocent lives had been taken, and more than 50 others wounded while a beloved haven was suddenly and forever changed. In the middle of the unimaginable fear and chaos, three Pulse Nightclub employees demonstrated extraordinary courage and selflessness.

Leading panicked patrons to safety and standing alongside and guiding law enforcement to locate the shooter and his hostages Neema Bahrami, Brian Reagan, and Neal Whittleton saved many lives that awful night. While witnessing unspeakable horrors, all three men demonstrated strength and clear thinking in the most frightening of circumstances. In the weeks following the massacre, these heroes’ resiliency and determination have provided inspiration to others as they, their coworkers and the Orlando community work to heal and keep Pulse alive. 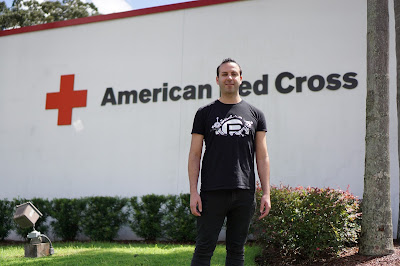 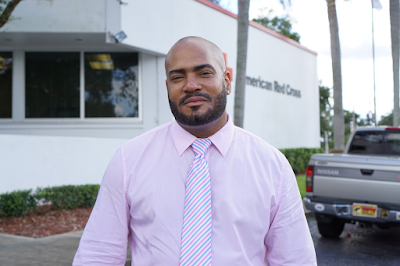 "We're still Pulse and we are going to keep going. We're going to be back." 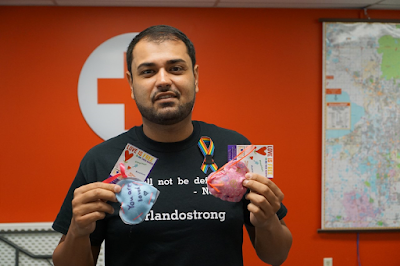 "These hearts are made by children that love you regardless of who you are. They love everybody regardless of sexual orientation, gender, religion or race."
Posted by nyredcross at 4:18 PM