“3 Questions With…” is an American Red Cross in Greater New York blog series featuring staff, volunteers, and partners who help carry out our humanitarian mission. Through these short interviews, we hope to shine a light on our different programs and get to know those who make this work possible.


Andy Li has been with the Red Cross for nine years working as an IT Specialist at the Greater New York HQ. He recently joined the international roster as an International Disaster Response Delegate following a competitive application process and two intense trainings. In his new role, he will have the opportunity to deploy internationally while specifically serving in an IT capacity. 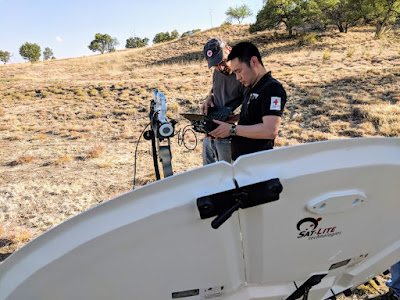 What is an International Disaster Response (IDR) Delegate?

IDR roster members with the American Red Cross deploy in support of Red Cross/Red Crescent Movement disaster response operations in very distinct roles. I’m part of the ITT (Information Technology and Telecom) group which is one of the areas that the American Red Cross specializes in. [Other areas include Relief, Cash Transfer and GIS/Info Management.] As ITT we’d be going out to support the Federation or host National Society with technology solutions such as communications network setup or internet connectivity. American Red Cross is one of five countries that specializes in ITT, along with Finland, Denmark, New Zealand, and Spain.

I first heard about the International Disaster Response roster and the IT specialization in 2010 on my first deployment in Tennessee. While there, I worked with the DST [Disaster Services Technology] manager, who happened to be on the international roster. That’s when it originally piqued my interest because I found out I could deploy and do disaster relief with a technology element to it.

You took part in two trainings, what were they like?

The first was a week-long training held in Maryland in April and was facilitated by the Federation [IFRC], ICRC and American Red Cross. Our instructors were from Canada, Australia and the US and we also had participants from all over the American Red Cross and from Haiti, Panama, Bangladesh and Nepal. It prepared us for international deployments and familiarized us with the whole Red Cross/Red Crescent Movement and their roles in disasters or conflicts. It was an awesome training because I hadn’t been exposed to the Movement or the type of work and programs other National Societies do. 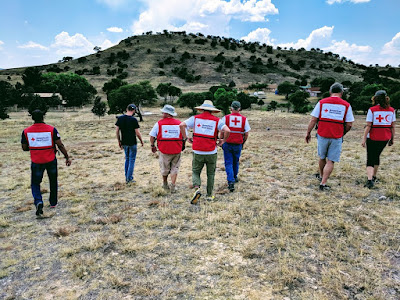 The second was a technical ITT training at a ranch in Arizona and it was kind of in the middle of nowhere, about ten miles from the Mexican border. It was great to have the entire American Red Cross ITT group get together in the same place at the same time, so it was awesome to meet my new teammates and spend the week learning and bonding with them.

We learned to work with a variety of different technologies including VSATs. A VSAT is piece of equipment that can provide telecommunications connectivity via a satellite connection in a remote location. We also worked with network equipment such as routers and switches, as well as radio and communications equipment. 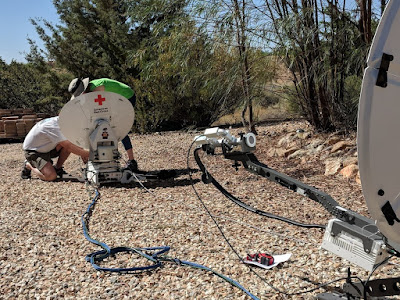 How does the thought of being deployed internationally make you feel?

Email ThisBlogThis!Share to TwitterShare to FacebookShare to Pinterest
Labels: 3 Questions With