The Red Cross provided assistance to 100 families affected by an apartment building fire in Yonkers earlier this year. For one resident, it was not the first time experiencing the care and commitment of Red Cross volunteers. When he was just nine years old, Edward McCoy and his family were forced from their Bronx home by a fire. More than 40 years later McCoy still remembers how the Red Cross helped his family find shelter at a hotel and helped a frightened young boy feel safe during a very difficult time.

“I’ve always trusted the Red Cross,” recalled McCoy. “They took a traumatic situation like that and made a young kid like me feel secure.” 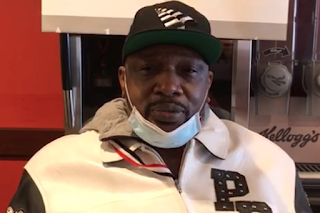 After the January 2021 Yonkers apartment fire, the Red Cross helped McCoy and approximately 250 other residents with temporary housing at nearby hotels as well as daily meals, bottled water, and access to trained Red Cross health and mental health professionals.

“The Red Cross came to the scene and helped all the people in the building. We greatly appreciated them showing us a little humanity because that is what we really needed - a little common courtesy and humanity,” said McCoy.

For Cesarina Nunez, a resident of the building since 2004, Red Cross assistance was a lifeline of support. Nunez, her daughter and their two pets – a Chihuahua-Pomerania mix named Venus and a cat named Zah Zah – turned to the Red Cross for shelter and comfort.
“The Red Cross made us feel welcome at the hotel and made us feel that we were not alone,” said Nunez, who had been afraid she might have to sleep in her car. “Without the Red Cross it would have been horrible.” 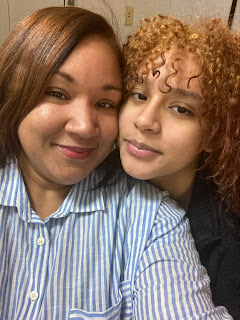 Nunez was particularly impressed with all the different ways that Red Cross volunteers worked to address her family’s specific needs, like helping her daughter find a new pair of eyeglasses and providing pet food for Zah Zah and Venus.

After a week at the hotel, Nunez found a temporary place to stay in Queens with the help of her brother. As she recalled: “In this sort of situation, you have to keep calm. There will always be a solution. Without what the Red Cross did for me I would not have been able to cope. Life has taught me to be more patient, especially with everything that happened.”

McCoy, who was able to move back to his Yonkers apartment, was also appreciative of the help of Red Cross volunteers, added: “I want to thank the Red Cross from the bottom of my heart for everything they did for everyone in my building. Continue doing the great work you have been doing for decades,” said McCoy.

Posted by nyredcross at 9:00 AM