All in a Day’s Work: One of New York’s Finest Volunteers 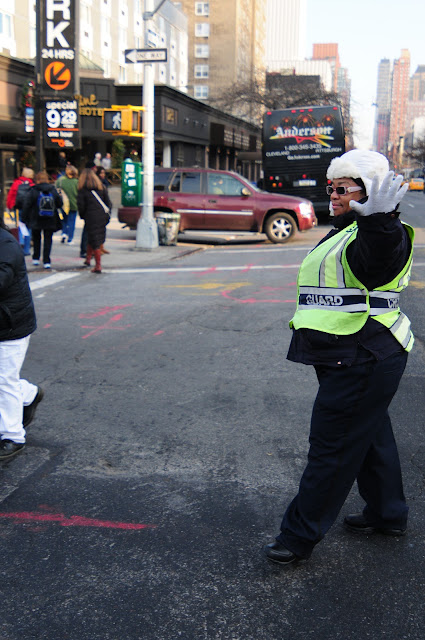 When Dazzare Jefferson reported to work as an NYPD crossing guard in the days following Hurricane Sandy’s landfall on Oct. 29, she was amazed at the crowd of people in red and white garb—coats, vests, hats, backpacks—streaming past her post near Greater New York Red Cross headquarters.

“When I saw the number of volunteers coming into the building, I knew I wanted to help. There were so many people from all over the world helping and I’m right here at this corner,” she said.

After her morning shift, Jefferson now puts on a red and white vest and gets to work at the region’s volunteer office, helping new volunteers of all ages and professions find their place in the American Red Cross.

“One woman told me that she decided to volunteer on her only day off instead of shopping,” Jefferson said. “I have signed up nurses that came together as a group.”

“She’s one of our best,” said Beth Shook, who manages the local disaster volunteer component of the more than 1,700 Red Crossers currently working on the Hurricane Sandy relief effort.

Dazz, as she is know, to her colleagues, brings a wealth of local knowledge to the newly arrived volunteers from around the country and around the world who pass through the relief headquarters on their way to Red Cross assignments.

“I give directions, recommendations and tell them how to get around New York City,” Jefferson said. “It is so fun being here every day and being part of the Red Cross.”

Jefferson plans to continue as a Red Cross volunteer. “I am a liaison between the city and the Red Cross on issues that I can help resolve,” she said. “I try to give a friendly, helpful face to both.”

Posted by nyredcross at 4:40 PM

Email ThisBlogThis!Share to TwitterShare to FacebookShare to Pinterest
Labels: Down the Street, Hurricane Sandy, Volunteer