Helping to Heal the Spirit after Sandy 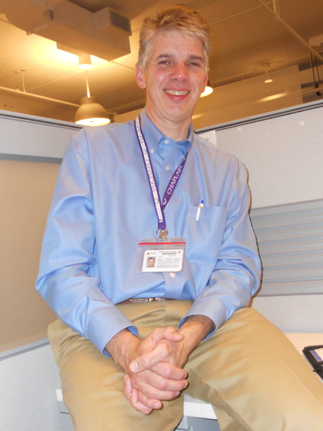 Those words went with American Red Cross volunteer Ronald Oliver as he visited Red Cross shelters and distribution centers, as well as streets throughout storm-ravaged areas of Greater New York.

Oliver led the Red Cross Disaster Spiritual Care Team, whose members worked alongside health and mental health staff to address the needs of those affected by Sandy in first month after the hurricane made landfall. Their work complemented the ongoing efforts of Disaster Chaplaincy Services, a local spiritual care group that has partnered with the Greater New York Red Cross for many years.

Spiritual Care Team members visited those who suffered the death of a family member in the disaster. They walked the streets in disaster areas, bringing words of comfort to people sorting through their demolished homes.

A visit to Breezy Point, at the far tip of Rockaway Beach, was heart wrenching. One day, Oliver spoke with two women, each of whose husbands drowned in the rising floodwaters. He looked to give them what words of comfort he could.

At the end of the day, in another neighborhood in Breezy Point, he stopped to speak to a woman who had begun digging through the rubble of her fire ravaged home. She pointed to a charred tree stump nearby.

“The woman had taken part of the stump to her sister’s house. After placing it in water, it started to sprout little green buds,” Oliver said.

The tree bud became a metaphor for her life and his hope.

“We will always remember what happened here,” he said, “be connected to it emotionally and know in some way we made a positive difference.”
Posted by nyredcross at 3:42 PM