Red Cross volunteer Robert Lirtzman is the 2010 recipient of the Community Services Award which recognizes an exceptional volunteer or team of volunteers who have served for at least one year within areas such as community outreach, the emergency communications center and international training services. “Bob almost single-handedly coordinates the New York National Disaster Call Center,” said Chief Response Officer Bob Imbornoni. 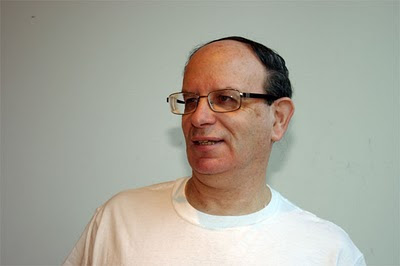 This center is activated after large-scale national disasters as part of the national hotline of the American Red Cross to provide information and assistance to people who call 866-GET-INFO, the American Red Cross 24/7 information number. It ensures that individuals in need will always be able to hear a compassionate voice when they call the Red Cross looking for help. While running the Call Center is a job that is not particularly visible, “things can get very busy and sometimes pretty frantic,” said Disaster Mental Health volunteer Diana Brown.

A native New Yorker and retired high school science teacher, Bob began volunteering at the NY Red Cross in 1977 as a CPR instructor. He started working in the Call Center (aka the Response Center Network) when it was first set up at the Chapter in 2005. For Bob it was definitely a baptism by wind and water. The hurricane season in the Atlantic that year was the most active in recorded history with three major hurricanes—Katrina, Rita and Wilma—affecting some 1.2 million families on the US mainland in a period of two months. The newly inaugurated Call Center handled approximately 19,000 calls in 9 weeks; it was open 7 days a week, approximately 16 hours a day. Bob attributes the success of the Call Center to “the dedication, professionalism and hard work of the volunteers and employees who serve as call agents or provide on-site mental health support.”

Red Cross people with whom he works cited Bob for his almost-constant presence, his patience and his sensitivity to a caller’s need to speak with a mental-health counselor: “Bob encourages us to keep talking to these faceless clients who may be hundreds or thousands of miles away and who may be upset, angry, crying—it doesn’t matter—we keep talking to them until we calm them down and until they know they’ve been helped,” said Diana.

“He makes clear that we are to be caring and patient no matter how upset the caller is,” she continued, “nonjudgmental about their level of upset, and ready to get them needed services. He recognizes our role as representing the larger Red Cross in this country and in the world.”

Bob also trains CPR and first aid instructors, and teaches CPR and first aid classes and basic disaster services. He supports Disaster Training, works with the Chapter’s amateur radio group, and coordinates with National headquarters to organize the Welfare Information activities so important for initiating contacts between family members and loved ones in disaster-affected areas. He is truly deserving of the Community Services Award.

Robert Lirtzman from Bronx, NY is the recipient of the Community Services Award
Posted by nyredcross at 2:52 PM