"Whatever questions I needed answered, they answered." 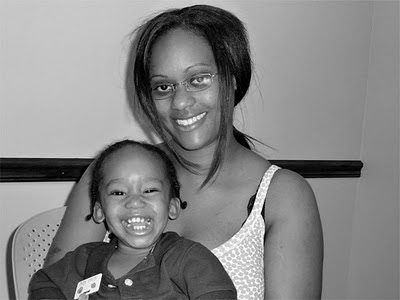 Angela Phillips was in the shower when she noticed a strange smell that got stronger and stronger. She got out to check the hallway and everything seemed fine, until she noticed smoke coming up through the floor. She grabbed some clothes and her one-and-a-half-year-old son and ran down the stairs of the house they shared with another family in Springfield Gardens, Queens. She heard children screaming in the downstairs apartment.

Once they got far enough down the block, Angela turned around to see her home in flames. Angela’s husband and stepdaughter also lived in the house, but neither were home at the time. According to Angela, the fire was directly underneath her stepdaughter’s bedroom, so it was lucky that she hadn’t been there. Two of the downstairs’ neighbor’s children were not so fortunate; sadly, they perished in the blaze.

Angela and her son, Kyler, were rushed to Jamaica Hospital to be treated for smoke inhalation. The Red Cross met them there. “They came within the hour,” Angela said, “they started explaining to me how they could help us right then and there. I didn’t know what I was going to do and they came and gave us the emergency money and a place to stay for a few days so I could at least relax and take everything in.”

Angela, a pharmacy technician, was familiar with the Red Cross. Just last year, Chapter responders came to the aid of her father and stepmother, when their Manhattan home was lost to a fire. She appreciates everything the Red Cross is doing to help her and her family move on with their lives. “Everybody was just nice. Whatever questions I needed answered, they answered them for me. They told me about other programs that can help us get back on our feet.”

Angela Phillips, Springfield Gardens, Queens
Posted by nyredcross at 10:51 AM