"She touches every segment of the community." 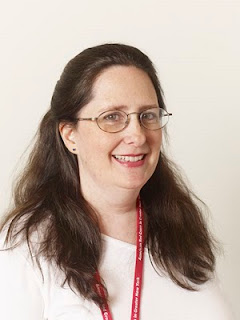 Kathleen Preston is one of two volunteers at the NY Red Cross receiving citations this year as “emerging leaders.” This new award recognizes people who have shown strong leadership qualities early in their tenure at the Chapter and who are viewed as good role models for other volunteers.

Kathleen’s knowledge of and involvement in all things Red Cross began in 2005 when she became a Disaster Action Team member in Rockland County, where she’s lived for 20 years, “after and because of Hurricane Katrina.” Hurricane response turned out to be part of her destiny at the Red Cross. In August 2008 Kathleen received an e-mail from the NY Red Cross that began, “Have you ever wished you could spend more time with the Red Cross?” She did so wish and within weeks joined the AmeriCorps program. As a member of that program, Kathleen signed on to support Red Cross Disaster Planning and Response in Rockland County, serving in all aspects of Disaster Services, including disaster response, planning and preparedness, logistics, client services, staffing, training, recruitment and emergency communications.

A little over a week later she found herself working in the kitchen of the Red Cross mega-shelter in Louisiana “and spending more time with the Red Cross than I ever imagined I would,” said Kathleen. It was her first deployment and her most intense volunteer experience as she worked to help feed 3,000 people who fled Hurricane Gustav in early September 2008. “I’m glad that it was my first deployment; it made my other deployments seem much easier,” she said.

Now, should you ever end up in a Red Cross shelter of any size, Kathleen is the type of volunteer you would want to encounter. She has taken all the available training to become a qualified shelter manager and has deployed to work in shelters set up after local disasters in New York, as well as conducted disaster assessment in North Dakota and Virginia. And she is working to add “Disaster Kitchen Supervisor” to her can-do list.

Another of Kathleen’s strengths lies in nurturing cooperation between Rockland town and county government officials and the Red Cross. As Local Disaster Coordinator for the Town of Clarkstown and a qualified Red Cross Emergency Operations Center Government Liaison Officer, she brings innovation and improved communications between the NY Red Cross and the local municipalities.

Kathleen has taken a leadership role in helping to manage almost every aspect of the Red Cross Volunteer Orientation/Fulfilling Our Mission program at the Rockland area office. “Hers is one of the first faces of the Red Cross new volunteers encounter and the impression she makes as a caring and committed volunteer speaks volumes to new recruits,” says Mary Ellen Douglas, NY Red Cross Assistant Director–Response for Putnam/West Point. “She patiently guides all new volunteers, even those daunted by computers, to navigate the My Red Cross volunteer management system, which makes a big difference in successful staffing, whether day-to-day or for a larger operation.”

Mary Ellen adds, “Kathleen’s presence in the Rockland area office of the NY Red Cross lends a sense of calm and good humor. She touches every segment of the community through outreach, research, communication, sharing ideas, teaching and direct service, building the Chapter’s capacity every day by her participation in so many areas.”

Kathleen Preston from Nyack, NY is the co-recipient of the 2010 Emerging Leader Award
Posted by nyredcross at 12:23 PM