“Richard is the embodiment of exemplary voluntary service.” 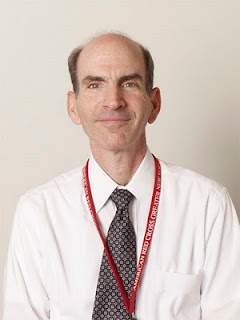 Richard Gallis is no stranger when it comes to garnering NY Red Cross awards, having won the Volunteer Support Services Award in 2009 and the First Year Award in 2005. This year he is the winner of the most prestigious award granted to a volunteer by the Greater New York Chapter—the Clara Barton award. This award recognizes a truly exceptional volunteer, one who “has served for a minimum of five years and has made an outstanding contribution to the success of a particular service area or project activity, or who has served in multiple capacities and maintained service excellence.”

At least several days each week Richard puts his formidable skills as a data manager and computer programmer, practiced for decades at Chase Manhattan Bank, to work. He efficiently, accurately and in a timely manner enters training records to the profiles of all NY Red Cross volunteers on the Chapter’s “My Red Cross” volunteer Web site. Additionally, he produces and mails the coveted wallet-size completion certificates to trainees. Rose Marie Fajardo, assistant director of response in the NY Red Cross–Rockland office, explains how Richard’s reconciling and updating the training records of Rockland/Putnam volunteers has not only “contributed to morale but actually encouraged many volunteers to continue working with the Red Cross and become leaders in this work.”

But Richard does far more that just data entry and certificate production. Since the Chapter’s implementation of a new Volunteer Management System in 2008, he has used his programming background to troubleshoot glitches and worked with IT to correct them. “It is because of his desire to create a system that actually works for staff that many improvements have been made to it, whether obvious to the end user or not,” says Martenson, who adds, “Richard’s work often goes unnoticed because it takes place in the background, but it is essential.”

Richard also regularly takes shifts in the Call Center before returning to what he calls his “day-to-day” work in Disaster Training. He has also acted as a disaster relief worker and qualified as a Chapter shelter manager, a role he’s played in several NY Red Cross shelter exercises.

Given that his colleagues at the NY Red Cross cite him for his “personable demeanor, knowledge, professionalism and devotion to his work,” for being “always pleasant, kind and gentle” and “the embodiment of exemplary voluntary service,” it is no surprise that Richard Gallis is following his prior award with the Clara Barton award, the Chapter’s most prestigious.

Richard Gallis from Manhattan, NY is the recipient of the 2010 Clara Barton Award
Posted by nyredcross at 12:01 PM