"Seeing the dedication of the volunteers who were willing to give so much of their time was an unforgettable experience,” 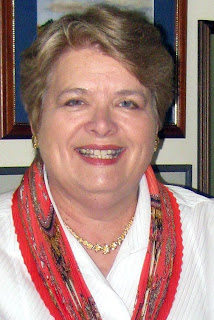 When Gael James’s husband, John, was sent to fight in Vietnam in 1969, Gael began looking for something worthwhile to occupy herself during John’s absence—and became a Red Cross volunteer. Her first Red Cross volunteer job was at the Charleston Naval Hospital, working in the OB-GYN clinics. She went on to volunteer for the Red Cross while stationed at military bases throughout the US and in Germany.

In 1973, Gael, John and their family moved to West Point, where Gael volunteered on the board that managed Red Cross volunteer opportunities. She also organized the biannual blood drives. The family soon moved again (and again), during which time Gael earned her bachelor’s degree at Old Dominion University in Virginia, and John received his PhD from Rensselaer Polytechnic Institute. The James family finally returned to West Point, where they have remained since 2000, with Gael again serving in various roles as a devoted Red Cross volunteer.

After Hurricane Katrina devastated the Gulf Coast in 2005, the Red Cross issued a request for volunteers to train for disaster work. Gael took every class offered at the West Point Red Cross, which was then under the jurisdiction of the Dutchess County Red Cross Chapter. When West Point was absorbed by the Greater New York Chapter in July 2006, Gael became an active Greater New York disaster volunteer.

Gael has been deployed once nationally, to Louisiana after Hurricane Gustav, driving a Red Cross Emergency Response Vehicle in Lafayette, LA. This deployment proved to be a life-altering experience. “Seeing the way that the disaster affected the people that could least afford the consequences, and seeing the dedication of the volunteers who were willing to give so much of their time was an unforgettable experience,” she said.

Gael has provided assistance at several local disasters. She takes as many disaster training courses as possible and is two classes away from completing the requirements to be promoted to a supervisory volunteer position. Gael enjoys volunteering for the Red Cross because she believes the organization’s work is vital to the safety and well-being of our communities and because she wants “to contribute in some way to lessen the suffering of others.”

Gael and John have been married for 43 years, having tied the knot at West Point the day after John’s graduation. They have moved 23 times in the past 42 years, and have two children and four grandchildren. Gail hopes to serve as a disaster services volunteer for many years to come.


Gael James from West Point, NY is the recipient of the 2010 American Red Cross West Point Award
Posted by nyredcross at 12:20 PM